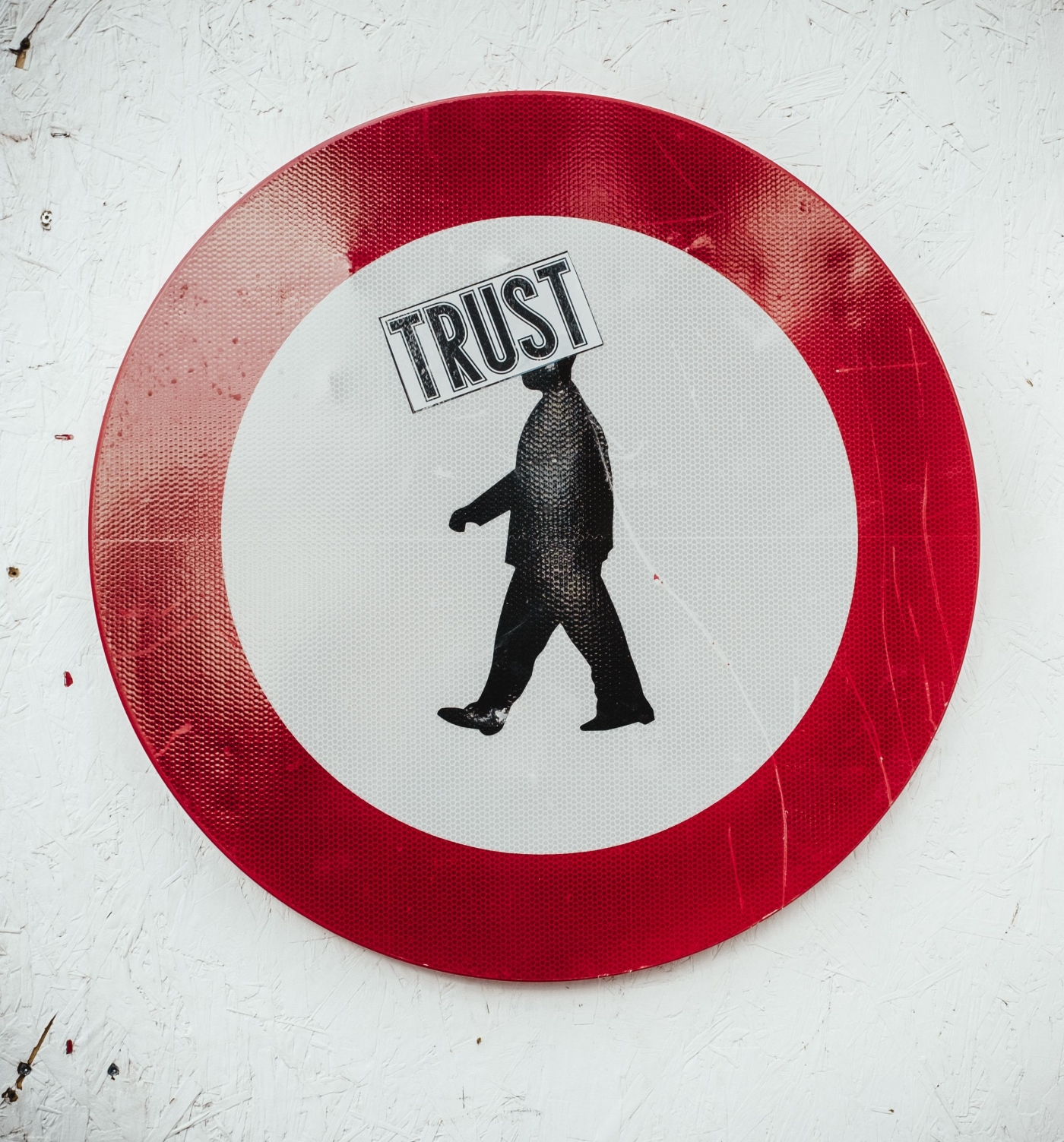 Cryptocurrencies have a long way to go to achieve mass adoption. The total market cap of all (4,991!) cryptocurrencies is about $203B, less than a fifth of Apple’s [1]. Still, a recurring theme coming from crypto thought-leaders is the salvation of the unbanked. Recently, Twitter’s CEO, Jack Dorsey, who is a longtime bitcoin advocate, pronounced that Africa will define the future of bitcoin. The volatility of bitcoin, along with the lack of security and trust foundations, exposes vulnerable individuals, like the unbanked, to significant financial risks. Another unintended consequence of Dorsey’s declaration may be giving ammunition to crypto-scammers, like the OneCoin Ponzi-scheme, which is still active in parts of Africa.

There are significant Trust gaps that will impede bitcoin, and other cryptocurrencies, from becoming the obvious choice for the masses, and along the way, will cause hardships as crypto-advocates prescribe their solutions to the most vulnerable people in the world. These gaps can be boiled down to one word, Recourse:

Within their conventional financial systems, most countries today have some form of deposit insurance, prudential regulations, and legal frameworks with courts that provide avenues for recourse. The protections in place today are not perfect, but if cryptocurrencies were to offer better money alternatives, they should meet the bare minimum of today’s Recourse mechanisms.

What should the crypto Trust-architecture look like? The answer may lie in a hybrid top-down and bottom-up approach:

In his book, The Bitcoin Standard, Saifedean Ammous tells a very engaging story of the history of money, the gold standard, and subsequent fiat currencies.

[Before reading the book, I have to warn you to prepare for a broken heart if you hold John Maynard Keynes or his views in any regard.]

Ammous explains in great detail the concept of hard and easy money, that is, hard or easy to create more or less of. So, gold is considered hard money since it’s relatively scarce, and no matter how much of it is mined, its overall amount would only increase very slightly. Fiat money, on the other hand, is easy since it can be printed at will by central banks. Ammous warns us not to ignore bitcoin since it exhibits the properties of hard money, it’s verifiably scarce.

Ammous also demonstrates that harder currencies exhibit the most saleability, making them universally accepted. Gold was the most saleable currency before it was demoted, by governments, from its status as money. Ammous then goes on to catalog the issues caused by centralized fiat money management: hyperinflation, loss of sovereignty, destruction of value, overconsumption, and even bad art.

Ammous then concludes that bitcoin is sound money, and therefore, trustworthy: it is scarce, highly saleable across time and geography, and is resistant to government meddling.

My impression was that Ammous is a libertarian idealist. But then he delved into the scalability issues of bitcoin and discussed some practical solutions.

Recognizing that bitcoin’s blockchain transaction capacity is less than 0.5% of that of Visa’s, Ammous suggests, sensibly, that bitcoin can only be scaled off-chain. This means that there will be intermediary layers between the bitcoin blockchain and the users of bitcoin, especially for day-to-day banking activities. Banks or their equivalents can issue bitcoin-backed tokens to users while keeping equivalent bitcoin reserves in storage. In essence, bitcoin would act as a reserve currency with settlement activities carried on-chain.

This solution would achieve a few critical things: (1) maintain bitcoin’s inherent trust properties as sound money, (2) lower transaction costs, and (3) achieve global scalability. The latter two would be impossible to accomplish if billions of humans were to join the bitcoin blockchain directly; it simply cannot sustain the transaction volumes.

The setup of bitcoin-backed token-issuing layers is an elegant way to solve the Trust and Recourse problems. The token-issuing intermediaries can undertake safekeeping, guarantees, and legal reporting activities.

[An] important reason why banking as an institution is not going away is the convenience of banking custody. While many Bitcoin purists value the freedom accorded to them by being able to hold their own money and not rely on a financial institution to access it, the vast majority of people would not want this freedom and prefer to not have their money under their responsibility for fear of theft or abduction. In the midst of the very common anti‐bank rhetoric that is popular these days, particularly in Bitcoin circles, it is easy to forget that deposit banking is a legitimate business which people have demanded for hundreds of years around the world. People have happily paid to have their money stored safely so they only need to carry a small amount of money on them and face little risk of loss.

The “intermediary token-issuing layer” proposition would be a boon in today’s wild-west crypto landscape. Though, this proposition still has to grapple with government opposition and the immaturity of the cryptocurrency environment.

Aly Yahya, Crypto Deal Partner at Andreessen Horowitz, gave a presentation about The Future of Trust in which he walked through the evolution of Trust from social (past), to institutional (present), to programmable (future).

Yahya says that “our trust in our financial infrastructure today is based, not on technology, but on [a] human-driven possibility for recourse.” The dependence on human effort is limiting and can’t scale to billions of people, according to Yahya. And yes, he highlights the plight of the close to two billion unbanked to underscore the unsuitability of today’s financial infrastructure.

So how can Trust be achieved in the future? Yahya’s presentation suggests that, through mathematical rules and incentives, Trust can be programmed:

Trust is becoming unbundled, decentralized, and inverted –– instead of flowing top-down from institutions to individual people, it is now beginning to emerge bottom-up from individuals and software.

Programmable trust, then, enables the disintermediation of transactions. Yahya is optimistic that the future will hold many Trust innovations. However, he does admit that we’re still at a very early stage:

The technology in this space is still very nascent. This is the very beginning. Countless building blocks are still missing. There are many problems: problems of performance, of privacy which is still missing, of custody and key management, of identity, of protocol governance, and of developer and of user experience.

It’s unknown how programmable trust innovations will evolve to address the fundamental Recourse gaps that I listed at the top of this article. Smart contract technologies, which are a version of programmable trust, are developing at a fast pace. However, dispute resolution and judicial enforcements are elusive. In an echo of the intermediary token-issuing layer proposition, a group of legal experts said [3]:

Participating in a private blockchain with a centralized authority, or utilizing a third-party intermediary to hold blockchain-based assets, may give parties to smart legal contracts more reliability—although at the expense of the decentralization that many blockchain proponents desire.

For smart contracts to be self-enforcing and truly disintermediated, there would have to be automated dispute handling mechanisms employing escrow and claw-backs. Irreversible smart contracts, which seem to be the norm, are problematic.

Perhaps another version of programmable trust could be built upon consensus mechanisms so it would be up for the community to identify bad actors and scammers and to resolve disputes. We still don’t know if this would work as the cryptocurrency experiment is still in its infancy.

Today’s cryptocurrency technologies lack Trust and Recourse features, which will expose individuals, especially the vulnerable ones, to high financial risks. Top-down and bottom-up Trust, on their own, will not fully address the diversity of risks faced by individual cryptocurrency users. Instead of hurriedly pushing for mass adoption of bitcoin and other cryptocurrencies, Jack Dorsey and his compatriots should focus on building hybrid Trust architectures.

The unbanked and underbanked deserve secure and trustworthy financial services.

[1] 4,991 cryptocurrencies are listed on Crypto Pro at the time of writing this article.
[2] The Future of Trust by Aly Yahya, Crypto Deal Partner at Andreessen Horowitz.
[3] SMART CONTRACTS: Is the Law Ready? — prepared by the Smart Contracts Alliance, an initiative of the Chamber of Digital Commerce.
[4] The Blockchain Scalability Problem & the Race for Visa-Like Transaction Speed, Hackernoon.

This article was first published on https://ovahi.substack.com/p/the-cryptocurrency-trust-architecture