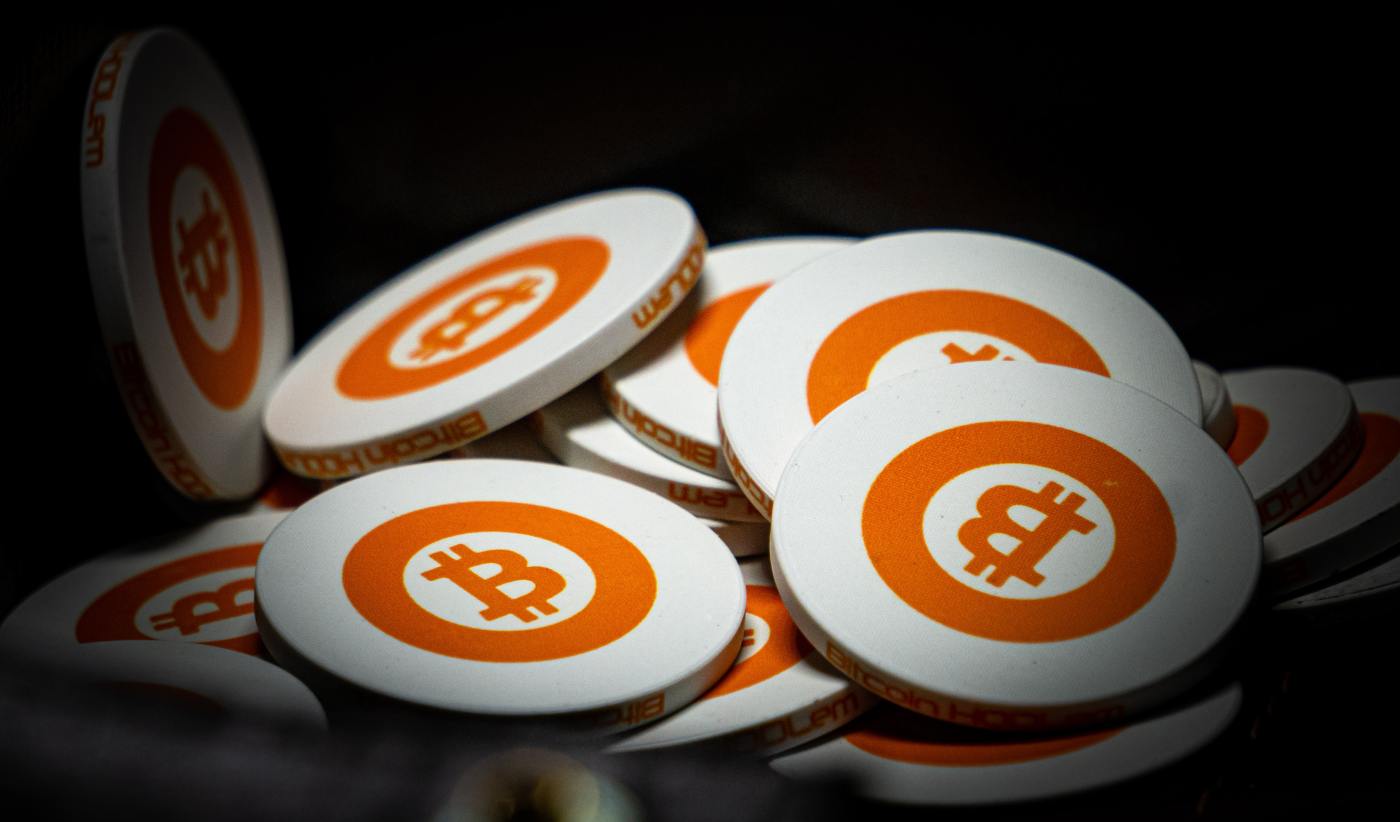 There are indications of rising institutional investing in crypto. Grayscale’s crypto funds attracted a record-breaking $600M in 2019, mostly from institutions. Also, research by CoinDesk shows steady growth in the number of bitcoin addresses holding 1,000 or more in bitcoins, in crypto parlance, “Whales” who tend to be institutions. Promotional activities by crypto funds are going strong buoyed by recent commotions surrounding Facebook’s Libra and the race for Central Bank Digital Currencies.

For the layperson, such as myself, crypto-investing has been a black box. I quickly explained it away as pure speculation and hype. But, with some pension funds allocating money to cryptos, there must be more to it, right? In a search for answers, I pored over the materials of five crypto investment funds that cater to institutional and accredited investors.

Almost each of the crypto funds that I analyzed goes through the exercise of contrasting the diminutive market value of crypto to that of gold, stocks, and other assets such as debt. The logic is that cryptocurrencies will, or have the potential to become mainstream asset classes in their own right; therefore, their values must increase from today’s levels as more people adopt them.

Here, the crux is whether cryptocurrencies will become mainstream. And the story becomes a bit complicated since there are differing views based on what individual cryptocurrency one considers, and, of course, who is expressing the opinion. The views fall into two non-mutually exclusive categories:

By far, investments allocated to bitcoin were outsized in all of the funds within the analysis. In one case, bitcoin represented 94% of the total portfolio. This is because of bitcoin’s status within the crypto-community as the store of value and its number one position by market cap. In his enlightening book, The Bitcoin Standard, Saifedean Ammous persuasively explains how bitcoin has the potential to be a de facto store of value. He compares bitcoin’s characteristics to those of gold, which has maintained an unshakeable level of importance and an enduring monetary role throughout history. To demonstrate this point, Ammous shows in the chart below the drop in major currency prices compared to gold beginning in the early 1970s when major central banks forwent the gold standard and began the era of active currency management:

Why is gold’s value enduring? Because it’s harder than any other money out there, Ammous tells us:

The supply of gold is much harder to increase versus dollars or yens. Central banks can increase money supplies at will. But, to increase gold supplies is more difficult due to its scarcity, and the costly investments that are required to extract it.

For anything to function as a good store of value…it has to appreciate when people demand it as a store of value, but its producers have to be constrained from inflating the supply significantly enough to bring the price down.

This rule handily applies to gold and explains its enduring value preservation.

Ammous then walks the reader through bitcoin’s design and protocols. A combination of factors lead to Ammous’s conclusion that “bitcoin is the hardest money ever invented,” even harder than gold:

It is hard to argue against bitcoin’s potential “digital gold” status, but the when and how are elusive matters.

Ammous admits that during bitcoin’s infancy, price volatility will be high and that it will only stabilize once its adoption becomes large enough, at some point in the future:

This will only be achieved if and when a large number of market participants hold bitcoins with the intent of holding onto them for the long term, raising the market value of the supply of bitcoins significantly and making a large liquid market possible with only a fraction of the supply. Should the network reach a stable size at any point, the flow of funds in and out of it would be relatively equal and the price of bitcoin can stabilize.

When will we reach this point? No one has the answer. Things get more tantalizing when Ammous, in the passage below, tells a fascinating example from history about silver’s demonetization due to the harder money, gold. The author ends it with a warning (emphasis added by me):

The demonetization of silver had a significantly negative effect on the nations that were using it as a monetary standard at the time. India witnessed a continuous devaluation of its rupee compared to gold‐based European countries, which led the British colonial government to increase taxes to finance its operation, leading to growing unrest and resentment of British colonialism. By the time India shifted the backing of its rupee to the gold‐backed pound sterling in 1898, the silver backing its rupee had lost 56% of its value in the 27 years since the end of the Franco‐Prussian War. For China, which stayed on the silver standard until 1935, its silver (in various names and forms) lost 78% of its value over the period. It is the author’s opinion that the history of China and India, and their failure to catch up to the West during the twentieth century, is inextricably linked to this massive destruction of wealth and capital brought about by the demonetization of the monetary metal these countries utilized…This is a historical lesson of immense significance, and should be kept in mind by anyone who thinks his refusal of Bitcoin means he doesn’t have to deal with it. History shows it is not possible to insulate yourself from the consequences of others holding money that is harder than yours.

However, Ammous’s case for bitcoin is not a slam dunk. Towards the end of his book, Ammous goes through some critical limitations of the bitcoin blockchain, ones that may impede its future longevity, mainly: scalability, regulatory compliance, and secure custody.

I’ll end this section with a quote from one of BlockTower Capital’s investor letters:

The simple answer here is that owning Bitcoin is not a bet on short-term store of value, but rather is a long-term bet on its ability to become a store of value…Eventually, Bitcoin may come to resemble “Digital Gold” and trade in line, but for now we are mostly betting on the future.

“Altcoin” is a catchall term for all cryptocurrencies other than bitcoin. While bitcoin commands the investment allocation lions share, some of the five funds in my analysis also invest in altcoins with high market cap rankings. Altcoin investment strategies vary from single coin funds to index funds that mirror the composition of the top 10 to 100 cryptocurrencies in market cap. Some funds are passive, others may offer hedging strategies.

In investor presentations, the funds sometimes conflate the characteristics of altcoins with those of bitcoin as a store of value, lumping all digital assets into one category. This is misguided. An investor needs to understand the different use cases of each of the cryptos they’re investing in to at least try to justify the bet they’re making. Broadly speaking, there are two use cases for cryptocurrencies:

For the first use case, money, I found it hard to justify investing in any cryptocurrency other than bitcoin. The top competitors here being: Bitcoin Cash, Bitcoin SV, and Litecoin. In his analysis of altcoins, Ammous positioned bitcoin’s momentum, immutability, and sovereignty of code (i.e., no controlling entity) as a singularity. It’s almost as if bitcoin evolved (and continues to evolve) in a Darwinian fashion. Launching altcoins is a non-Darwinian endeavor, it would require central teams to build up whole ecosystems of developers, miners, and users, violating, in Ammous’s opinion, the decentralized tenets of bitcoin. Altcoins, says Ammous, “…can never have the properties that make bitcoin functional as digital cash and sound money” because “…it seems impossible that any coin will recreate the adversarial standoff that exists between bitcoin stakeholders and prevents any party from controlling payments in it.” A centralized project adopting a decentralized “highly cumbersome and inefficient design whose only advantage is the removal of a single point of failure” is “fundamentally wrong”, says Ammous. The implications of having decentralized cryptocurrencies managed by centralized teams are potentially mutable ledgers and known teams vulnerable to government intervention or outside coercion, leading to unsound money—certainly a point worth considering.

Utility cryptos, on the other hand, have numerous and specific use cases behind them, the most promising of which is decentralized finance (DeFi). However, real-life uses are still distant, and, today, over 50% of decentralized applications (DApps), which are built on blockchains powered by utility tokens, are related to gambling or dubious “high-risk” projects such as multi-level marketing or Ponzi schemes. It’s beyond the scope of this article to dive into each altcoin (there are 4000+ of them). But I include at the bottom of this article a summary table of the top 10 coins by market cap along with some points to take into consideration.

Unanimously, the crypto funds I reviewed exhort the inclusion of crypto into an investment portfolio for diversification. In their investor presentations, the funds underscore the uncorrelated nature of cryptos to almost every other asset category out there.

Setting volatility aside, the non-correlation argument remains moot. In a recent report titled “Bitcoin – for Safety?, Digital Asset Research performed a meaningful analysis on the status of bitcoin as a safe-haven or “risk-off” asset. Before arriving at any conclusions, the report states two critical limitations with bitcoin analysis:

The report is worth an in-depth reading, but I will summarize its inconclusive conclusions (!) below:

The jury is still out on the status of bitcoin as a safe-haven asset and its correlation (or uncorrelation) to other asset classes. I suspect we will need many more years before we know.

Some funds belabor the uncorrelation investment rationale with many pages of analysis and ratios. This is misleading and doesn’t serve the investor. Ultimately, as in venture investing, investing in cryptos doesn’t lend itself to modern portfolio theory, technical analysis of cryptos is a red herring. Instead, investors must establish their own point of view on each of the cryptos under consideration with some sort of future trajectory that can justify the investment.

And, don’t bet the farm on cryptos.

[1] The funds that I included in the analysis are Grayscale, Pantera Capital, Galaxy Fund Management, Bitwise Funds, and BlockTower Capital.

[2] “The Bitcoin Standard: The Decentralized Alternative to Central Banking” by Saifedean Ammous.